September 13th, 2019, saw the passing of rock music icon Eddie Money, who succumbed to a long battle with stage 4 throat cancer. Since 1977, Money recorded a whopping 12 studio albums and enjoyed several Top 40 hit singles, including “Two Tickets to Paradise,” “Think I'm in Love,” and “Take Me Home Tonight.” Apart from his popular songs, the singer was well known for his outspoken candor about his struggles with substance abuse.

Born as Edward Mahoney, Money grew up in Brooklyn, New York. He was kicked out of high school for faking his report card, and soon after joined a Long Island rock band called the Grapes of Wrath. His motivation, he claimed, was so he could “go out with cheerleaders.”

After a brief stint with the New York Police Department, Money headed to Berkeley, California in 1968. That’s where his musical career kicked off in earnest, along with his love affair with drugs and alcohol, which were a prevalent part of the rock band lifestyle.

Within a decade of polishing his skills as a front man throughout the Bay Area concert scene, he and his band were ready for the major league. His self-titled debut album was released and went double platinum, catapulting Money into “overnight” success. The partying rock star’s bad habits were also launched into extreme overdrive.

“I’d get up in the morning and have a bloody Mary first thing. Then a cocktail during the day and Irish coffees at night,” he recalled of his hard-drinking days. 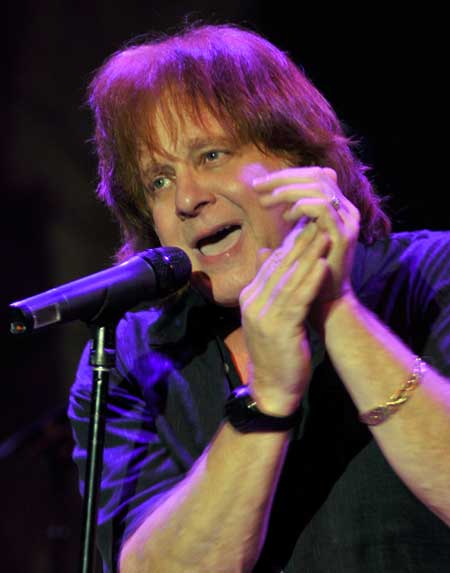 Within three years, he’d recorded two more albums—Life for the Taking and Playing for Keeps. He nearly lived up to the titles of both albums.

By 1980, the rollercoaster derailed when Money overdosed on alcohol and synthetic fentanyl, which he’d snorted thinking it was cocaine. The nearly-lethal combination caused him to pass out in a position that severely pinched a nerve in his leg for several hours.

"I killed the sciatic nerve on my left leg, knocked my kidneys out," he said. "Doctors told me I was never gonna walk again."

As if literally chronicling his own life via album titles, Money called his 1982 fourth album No Control, followed a year later with Where's the Party?

"I got into a lot of the pitfalls that people run into in the business, and I seemed to fall into them harder than most," the singer stated. "Lots of powder, lots of barbiturates. I was drinking at the same time. And then all of a sudden, I’m in a coma after that overdose, and I nearly didn’t make it.”

The haunting incident left him left him with a permanent limp, and served as an early warning to straighten out. Still, it took years of continued fighting before Money managed to get his life back on track by confronting his issues.

“What saved me was that I had a major overdose, I was using a walker to get from my bedroom to my music room,” he said. “You just have to say to yourself, enough is enough.”

Eddie Money was 70 when he died.